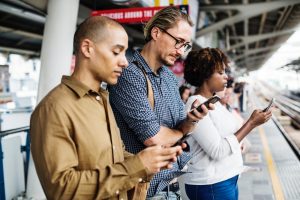 Marketing and advertising are difficult arts to master. People make lots of mistakes as they learn to navigate the marketing world. However, looking at mistakes and pitfalls will teach you what to avoid. Here are some of the worst marketing ideas that you can learn from.

In 2014, Singaporean government officials put out an anti-gambling ad about the 2014 World Cup. It shows two kids. One kid says he hopes Germany wins, because his father just bet all his savings on them. However, the ad flopped badly after Germany actually won the World Cup. There’s hilarious irony here, because the anti-gambling ad gambled on the idea that Germany wouldn’t win. The lesson is: don’t take chances on your ads.

Pepsi’s famous marketing campaign with Kendall Jenner was cancelled after lots of outrage. The biggest ad showed the model handing a cop a Pepsi during a street riot. Pepsi unknowingly appeared to be trivializing the Black Lives Matter movement. The problem was their lack of awareness of hot button topics like racism.

Bloomingdales made a big mistake when they released their 2015 Christmas catalogue. In it is a picture of a man staring at a woman. The caption said, “Spike your best friend’s eggnog when they’re not looking.” People accused the ad of promoting date rape and rape culture. Bloomingdales had to wait for the outrage to blow over instead of pulling the ad immediately, because it was in a print catalogue.

Good marketing and advertising can be difficult to pull off, but make sure to keep aware of your topics. That way, you can avoid pitfalls like these.

Thanks for reading! If you want to know more about Miami Internet Marketing, then contact us!