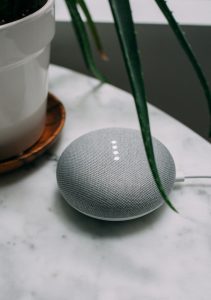 Still recovering from the mid-week Fourth of July holiday? This week’s happenings may help you pass the time while you ease into the weekend.

For those of you that follow Google’s technology developments, you may have been among the numerous people the company wowed with its Google Duplex, the AI assistant capable of holding conversations. While the video showcasing Duplex’s ability to make a reservation went viral, what you may not have been aware of is Google’s potential plans to eventually use the technology in its call centers, potentially replacing humans. It’s a topic just begging for deep discussion. (https://gizmodo.com/google-is-reportedly-looking-to-take-over-call-centers-1827379911)

Facebook is clamping down on advertisers by taking a stronger stance against political ads. The social network recently axed a pair of ads by Walmart and P&G due to their political content and for lacking a label indicating they were “paid for”, sort of like the political ads you’ve likely seen on television during election season. The P&G ad, in particular, has raised eyebrows due to its content, which may or may not be deemed political. You decide. (http://adage.com/article/digital/facebook-hits-walmart-p-g-political-ads-warning/314083/?utm_source=daily_email&utm_medium=newsletter&utm_campaign=adage&ttl=1530975090&utm_visit=2231566)

That’s it for this week, ladies and gentlemen! If you have questions about Miami Internet Marketing, hit us up! Have a great weekend!