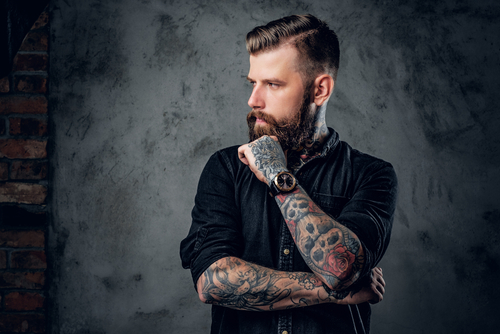 One of the many beautiful things about art is the numerous ways in which it can be expressed. Photography, paintings, sculpture, there is probably a type that everyone can appreciate. Tattoos are also a form of art and a highly intimate form of self-expression. From small ones that have deep personal meaning to elaborate sleeves, tattoos are increasingly becoming common and shedding the taboos once associated with them.

Empire Ink Tattoo has been creating these works of art since 2009 when it was established by its founder and tattoo artist Steve Santacruz. Looking to make a change from the egotistical and unfriendly attitudes, Santacruz launched Empire Ink Tattoo as a welcoming environment fusing the incredible work of a talented group of artists with the eclecticism of South Florida. Today, Empire Ink has four locations in Miami Beach, Fort Lauderdale, Boca Raton, and downtown Miami and has expanded its offering from tattoos and body piercings to also include apparel, souvenirs, body jewelry, and more.

If you’re looking to get some ink at one of the best tattoo shops in Miami, you can visit the Empire Ink website to schedule an appointment or call one of the four locations. The numbers for each are as follows: