This Week’s Notable News in the World of Technology 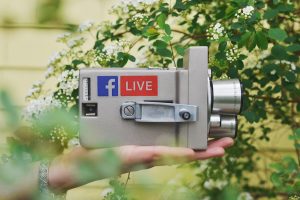 What’s new and exciting in the world of technology? Let’s explore some of the recent news making the waves as of late.

If you’re a heavy Facebook user, you’ve likely noticed the Trending section which provides a brief glimpse of the latest headlines making the rounds across social media. Launched back in 2014, it never gained much traction and was even criticized for displaying headlines discovered to be untrue. Facebook has chosen to give the heave-ho to the underused feature in favor of a new approach that will focus on delivering breaking news from credible sources. The company is already hard at work beefing up its Watch section by introducing live daily news briefings. Could Facebook soon become the new standard in discovering the latest local and international headlines? (https://socialmediaweek.org/blog/2018/06/say-goodbye-to-trending-topics-hello-to-fb-stories-polls/)

For the millions that once used it, they may be surprised to learn that Yahoo! Messenger is still alive and kicking. Launched a whopping twenty years ago as Yahoo! Pager, the instant messaging client enjoyed a tremendous amount of popularity during its late 90s, early 2000s heyday. Sadly, the instant messaging client will cease to be supported on July 17, more than two decades since it debuted. But worry not! If you’re among the loyal users, you can always try Squirrel, an invite-only group chat app by Yahoo similar to current well-known apps like Slack. Honestly, we’re simultaneously bewildered and impressed as to how it managed to last so long. (https://gizmodo.com/yahoo-messenger-is-dead-long-live-squirrel-1826666644)

Have a great weekend, everyone! If you have questions about Miami Internet Marketing, hit us up!